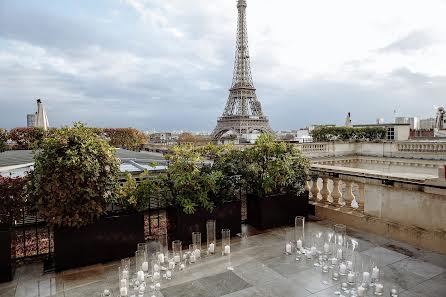 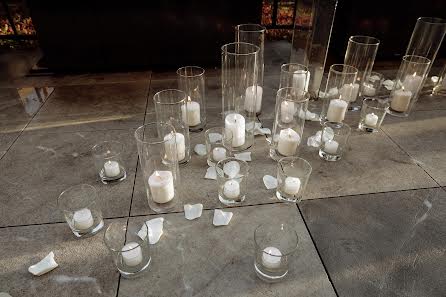 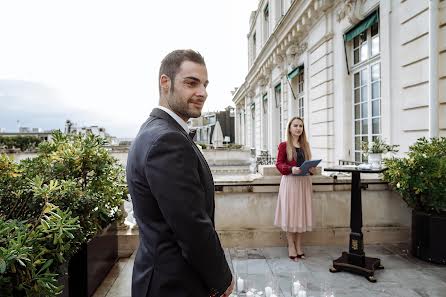 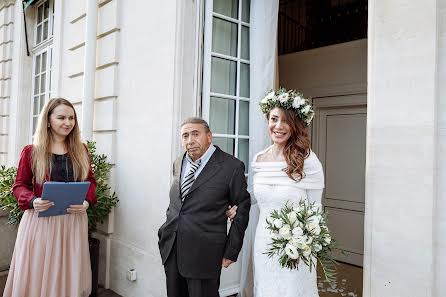 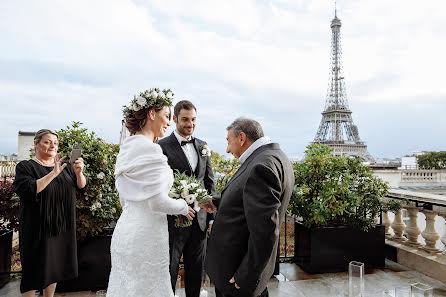 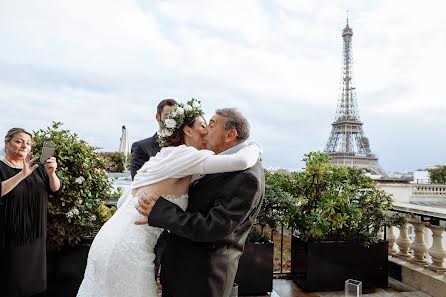 I love to go through my collection of work, among which I can find incredible photo series, shooted one, two or five years ago that left an indelible mark on the memory even in the present days, due to their sincere emotions, pure love and profound beauty of body and soul. One of the brightest events in my professional sphere happened at the end of November 2017, when I was working with a great couple from Italy, Ricardo, and Antonella, to hold their wedding photo shoot in Paris.
Although their native Italian lands are famous for their unique historic architecture, stunning nature and landscapes, Ricardo and Antonella decided to get married in Paris, as this city magically connects the hearts of loving people with strong bonds for many years. Everything in the capital of France sings about love, and you are unlikely to feel such romantic energy elsewhere.
Having gathered only the closest and dearest people, the newlyweds decided to organize a modest but very emotional and charming celebration in one of the best hotels in the city — Shangri-La Hotel, Paris. The guys stylishly decorated a terrace with floor candles standing in glasses of different heights and surrounded them with petals of white roses. Near the exit, they put a buffet with exotic fruits and champagne to please the guests and make the holiday even sweeter. Of course, the main element of all that facilities was the marriage stand, in front of which Ricardo and Antonella had to say each other the most cherished words of the day.
Guests enjoyed the beautiful view from the terrace and had a small photo session at the Eiffel Tower which seemed to be within easy reach, and at one moment, everyone held their breath. The bride entered the room on the dad’s arm. It was difficult for us to hold back our admiration and affection when we saw how beautiful Antonella was in a snow-white dress with a wreath on her head as if she was a real nymph. Ricardo was smiling joyfully because he realized that in just a few minutes, this amazing woman would officially become his wife. He proudly took Antonella by the hand, expressing great gratitude to her father for such an honor, and we all witnessed extremely cute and strong embraces of the father and daughter. Ricardo and Antonella approached the registrar, who asked them to exchange the rings, sign the form, and finally, solemnly declared them husband and wife. It was a fantastic moment of creating a new family. Words can not describe how beautiful and happy they were; it seems that heaven itself has planned their meeting.
When the official part of the wedding ended, the guests of honor joined the party and were accepting warm congratulations from parents and friends. In such a friendly and cheerful atmosphere, I hold the whole wedding photo session in Paris. Soon, Ricardo and Antonella, overwhelmed with emotions and good shock from what happened, wanted to have some time alone to took the first pictures in their family life. We headed to the main hall of the hotel with a gorgeous golden staircase and a statue holding a classic chandelier, where we managed to create genuinely luxurious photos. The amazing dress of the girl with a very long and lush train matched perfectly the elegant suit of her husband, which made me think for a second that I was on a model photo shoot. The incredible beauty of their faces and external similarity also impressed me. They have expressive Italian features: big coffee-colored eyes, full lips, wide dark eyebrows, and thick brown hair.
Not to make the guests bored, the couple hurried to the terrace, and their surprise, Paris had already drowned in the colors of the night. My clients were amazed by that magic scenery, in particular, by the Eiffel Tower that was illuminated with a million golden lights. At that time, the decorated candles fulfilled their primary function. I lit them, and the golden glow accentuated the main characters of this night photo shoot in Paris, who stood at the center on the background of the tower.
More than a year has passed since I met Ricardo and Antonella, but when watching their pictures, it seems that this happened only yesterday, and their wedding for two in Paris became so memorable for me. I will be immensely happy if our paths will converge once more, and we will create something no less remarkable and vivid!
Your photographer in Paris, Dimitri Finko.